In September of 2010, the Memphis Commercial Appeal published an article written by journalist Marc Perrusquia, breaking open a dam of long held government secrets. Hidden in a seemingly insignificant declassified report that had been insufficiently redacted by the Federal Bureau of Investigation, Perrusquia discovered that Ernest Withers had been a confidential informant for the FBI. But what made the revelation extraordinary within the humid enclaves of Memphis and the Deep South was that Withers was also a nationally-renowned civil rights photographer.

As a friend to Dr. Martin Luther King Jr. and other prominent civil rights leaders, Withers had intimate access to the kind of highly sensitive information the FBI coveted. Believing that the black civil rights movement took its cues from communist influences, FBI Director J. Edgar Hoover sanctioned regular cash payments to be distributed amongst a select group of black informants who were willing to spy on fellow demonstrators. Withers was one of them. Using his position as an African American insider and professional cameraman, the typically affable Withers covertly provided the FBI with countless photos of civil rights activists along with intelligence outlining their associations, movements, and future strategies. Conferring often with his FBI handler in Memphis, TN, Special Agent William H. Lawrence, Withers was regularly paid to infiltrate the meetings and organizations led by his closest allies.

It is our hope that this website and the numerous books it promotes helps inform, inspire, and empower the citizenry to form their own opinions regarding this historically significant collaboration between Ernest Columbus Withers and the Federal Bureau of Investigation.

According to the original report dates, Clear Lens Publishing, LLC. has organized all of the government files regarding Ernest Withers' work as an FBI confidential informant.

Beginning with Volume One, a book spanning a period from March 1960 to September 1961, every volume contains exact copies of the FBI's declassified pages just as they were released to the National Archives in Washington D. C.

Be sure to check-in regularly to purchase these future volumes. 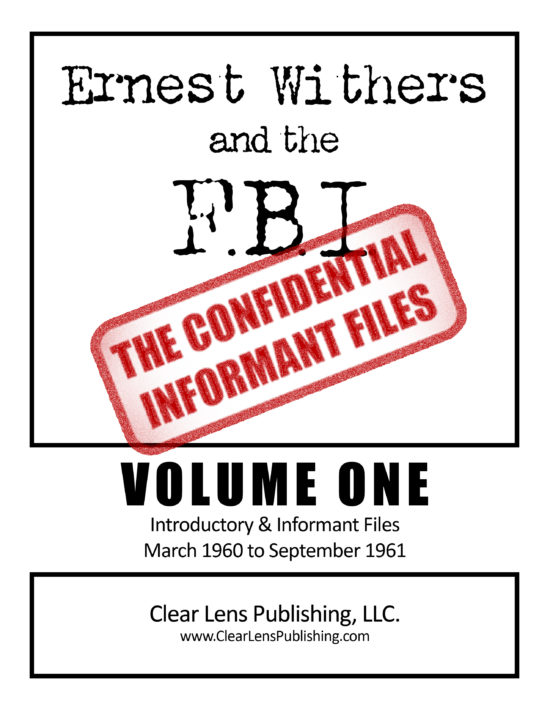 VOLUME ONE ON SALE NOW 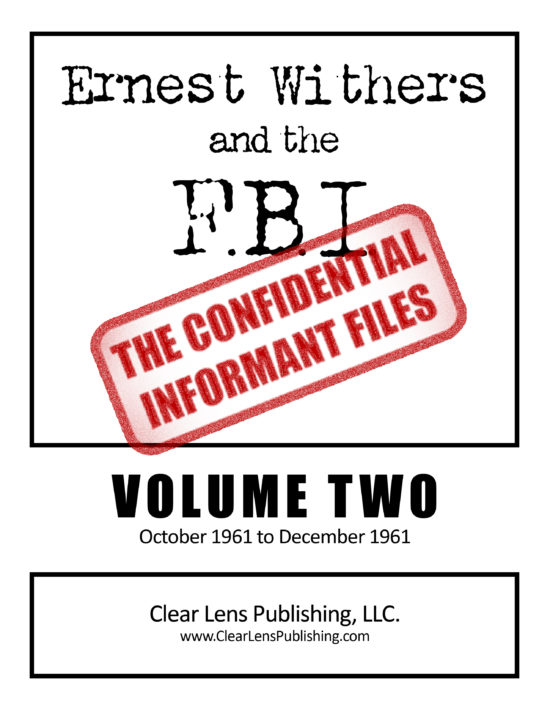